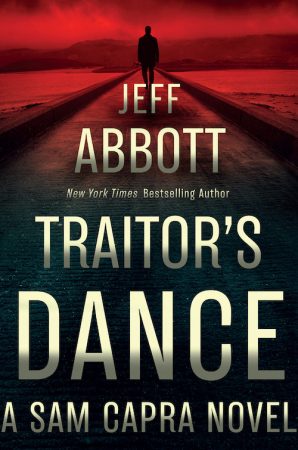 Sam Capra and his thirteen-year-old son, Daniel, are living a quiet life in Austin, Texas, where Sam continues to run his collection of bars and nightclubs around the world. He’s had no recent contact with his former partner, Mila, and is working for America’s most secret espionage agency, known as Section K, all while trying to be a good suburban dad.

Suddenly, Sam is approached by a fellow spy with an incredible revelation: Markus Bolt is missing. Bolt is the last American traitor, who had turned over allied agent names and military secrets to the Russians. He fled to Moscow when he was discovered, but now a trusted source inside Russia tells Section K that Markus Bolt has vanished from Moscow—and the Americans need to find him before the Russians do.

Sam is charged with making contact with Bolt’s abandoned American daughter, Amanda, and determining if she’s had any contact with her father. He must discover the reason behind Bolt’s unexpected run and protect Amanda from the killers hunting her father.

But as Sam’s search for Bolt grows more dangerous, Sam faces a rising threat born of long‑ago secrets—one that could change his and his son’s lives forever.